Wisdom Is Vain Without Divine Love

St. Bonaventure begins his treatise on the mind’s ascension to God by warning the reader that curiosity without a love for God is dangerous. The reader must approach this journey by the “exercise of the affections more than the instruction of the mind” (Prologue, The Journey of the Mind to God).

Wherefore, it is to groans of prayer through Christ Crucified, in Whose blood we are cleansed from the filth of vices, that I first of all invite the reader. Otherwise he may come to think that mere reading will suffice without fervor, speculation without devotion, investigation without admiration, observation without exultation, industry without piety, knowledge without love, understanding without humility, study without divine grace, the mirror without divinely inspired wisdom” (Prologue).

The mirror of the external world put before them is of little or no avail unless the mirror of our soul has been cleansed and polished” (Prologue).

This view of education is markedly different from our current data-transfer model. Bonaventure’s invitation to learning is far more attractive, more desirable–and much more human.

David Calhoun’s excellent Knowing God and Ourselves begins with a prayer for learning from John Calvin. I plan to incorporate it into my medieval humanities course next year:

O Lord, you who are the fountain of all wisdom and learning…illumine my understanding, which of itself is blind, so that it may grasp the teaching that will be given to me; please strengthen my memory to be able to remember well, dispose my heart to receive what is taught willingly and with due eagerness, so that the opportunity you present to me may not be lost because of my ingratitude.
To do this, please pour out your Holy Spirit on me, the Spirit of all intelligence, truth, judgment, prudence, and teaching.

Grant that I may direct my study to the true purpose, which is to know you in our Lord Jesus Christ, to have full confidence of salvation and life in your grace alone, and to serve you rightly and purely, according to your pleasure.

Hear me, merciful Father, by our Lord Jesus Christ. Amen.

On your exceedingly great mercy rests all my hope. Give what you command, and then command whatever you will. You order us to practice continence. A certain writer tells us, ‘I knew that no one can be continent except by God’s gift, and that it is already a mark of wisdom to recognize whose gift this is’ (Wisdom 8:21). By continence the scattered elements of the self are collected and brought back into the unity from which we have slid away into dispersion; for anyone who loves something else along with you, but does not love it for your sake, loves you less. O Love, ever burning, never extinguished, O Charity, my God, set me on fire! You command continence: give what you command, and then command whatever you will” (X.40, emphasis added).

In his new book Heavenly Participation, Hans Boersma argues that the natural and supernatural are not separated but interwoven realities, like threads in a tapestry.

This means that a flourishing Christian life requires cultivating an ability to see how the natural world participates in heavenly realities. Boersma quotes theologian Alexander Schmemann to make an interesting point about how the sacraments of baptism and the Lord’s Supper help cultivate this vision:

Christ came not to replace ‘natural’ matter with some ‘supernatural’ and sacred matter, but to restore it and to fulfill it as the means of communication with God. The holy water in Baptism, the bread and wine in the Eucharist, stand for, i.e. represent the whole of creation, but creation as it will be at the end, when it will be consummated in God, when He will fill all things with Himself” (Of Water and the Spirit, 49).

In other words, these two special sacraments of the Church teach us to see every created thing in a sacramental way.

Thus are the church’s sacraments simply the beginning of the cosmic restoration. The entire cosmos is meant to serve as a sacrament:  a material gift from God in and through which we enter into the joy of his heavenly participation” (Boersma, loc. 154).

I’ve just started Boersma’s book, but I’ve already seen a lot of resonances with C.S. Lewis and Augustine (both of whom Boersma has discussed). These quotes above remind me of how fairy tales can also reenchant our vision of the everyday world. Poetry and literature in the hands of the right author do the same thing.

Literary history makes the case that a “sacramental imagination” is essential to the Christian poetic. Seeing every created thing as itself and also pointing to deeper realities beyond itself is a poetic vision common to many of the greatest Christian authors.

Dante and George Herbert certainly had it. Gerard Manley Hopkins had it (“The world is charged with the grandeur of God”). C.S. Lewis and J.R.R. Tolkien saw the world this way, as did Flannery O’Connor. Even T.S. Eliot had this vision, though mostly as a photo negative (he lamented the absence of transcendence in the modern world) until he wrote The Four Quartets.

It really is sad that Christmas comes only once a year. This holiday reminds us of many things we need to remember every day. First and foremost, Christmas reminds us of the mystery of the Incarnation, an event that theologians and poets have struggled to describe.

The Incarnation is God becoming man, the Son of God taking on flesh to dwell among us. It is the Eternal Word becoming a wordless infant; the Infinite, Limitless, Unbounded Creator became an baby in a feed trough. It is the All-Powerful Creator who set the stars spinning through space, became powerless to control the movement of his own arms.

Incarnation is a mystery in the ancient sense of the word: it is something we cannot fully understand, yet it shines bright light on the world. It teaches us how to look not just at Jesus, but also at each other and at all material things in this world. And this lesson is important because it can also keep us from making two grave mistakes–two Incarnational errors. 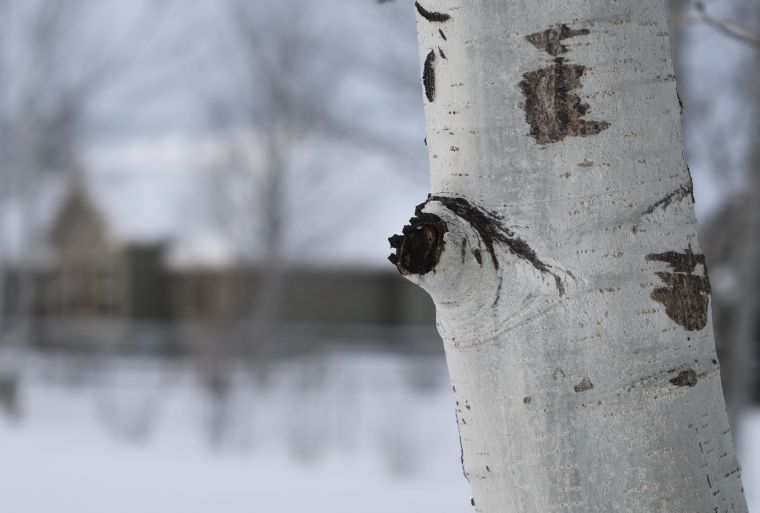 The phrase its fruit in its season emphasizes both the distinctiveness and the quiet growth of the product; for the tree is no mere channel, piping the water unchanged from one place to another, but a living organism which absorbs it, to produce in due course something new and delightful, proper to its kind and to its time” (Derek Kidner on Psalm 1:3).

Our culture is obsessed with beauty yet knows very little about it. We spend countless hours and dollars to acquire and maintain physical beauty.  And while beauty of face and body is a true form of beauty, it is also one of the most difficult to cultivate and certainly the least fulfilling.

There are far more beneficial forms of beauty worth pursuing:  one of the most rewarding is the beauty of the ordinary. 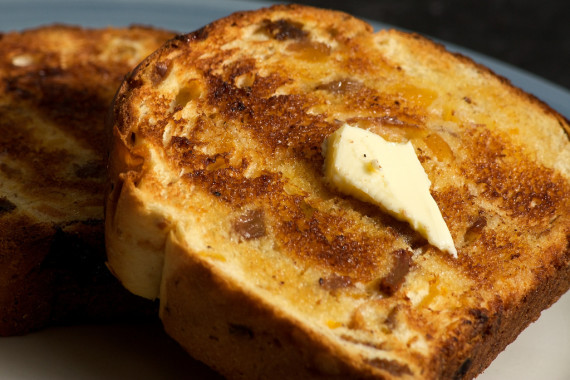 Ordinary beauty refers to the glory to be found in everyday things. We can see this glory in three particular aspects of ordinary things.

This was the single great informing conflict of the American psyche.  The management of insignificance.  It was the great syncretic bond of US monoculture.  It was everywhere, at the root of everything–of impatience in long lines, of cheating on taxes, of movements in fashion and music and art, of marketing…

And it was also the world altering pain of accepting one’s individual flaws and limitations and the tautological unattainability of our dreams and the dim indifference in the eyes of [others]” (emphasis added).

Reading through Augustine’s powerful case against Roman paganism in City of God, I came across a passage that seemed eerily prescient of our culture:

Let nothing be commanded and nothing shameful be prohibited…Let provinces be subject to kings not as directors of conduct but as lords over their fate and providers of their pleasures…Let the din of dancing resound on all sides, and let the theaters boil over with cries of indecent delight and with every kind of cruel and shameful pleasure carried to the highest pitch. If anyone disapproves of this kind of happiness, let him be branded a public enemy. If anyone tries to change or do away with it, let the uninhibited mob stop his mouth, toss him out, kill him off. Let those be considered the true gods who see to it that the people get this sort of happiness and who preserve it for them once they have it…Just let them make sure that such happiness has nothing to fear from any enemy, any plague, or any kind of calamity at all” (II.20, emphasis added).

Augustine’s ability to describe two cultures separated by two millennia proves his larger thesis: that all of history resolves into two cities. Driven by love of the self (cupiditas), the City of Man enshrines whatever gods will justify its lust for domination and pursuit of pleasure. Because the City of God is motivated by a love of God and neighbor (caritas), it worships the One True God and seeks to align its desires with God’s will.

Augustine assumes that the role of kings and governors is to deal with the people’s actions—to punish bad conduct and approve good conduct (Rom 13:3-4). Civil authorities rule in a way that makes it possible for their citizens to attain virtue and live good lives.

But eventually this role degenerates in a predictable way: governors begin acting as “lords over [the people’s] fate”, and the people start looking to their governors as “providers of their pleasures.” Instead of serving others by pursuing virtue through discipline, the people serve themselves through a disciplined pursuit of pleasure. Personal pleasure becomes the highest good, and the self becomes the highest god.

As in Rome, so in America. Plus ça change, plus c’est la même chose. The more things change, the more they stay the same.

In such a hedonistic culture (whether Rome or modern America), every “indecent delight and…every kind of cruel and shameful pleasure” is acceptable. The only heresy is to question whether such pursuits actually improve humanity. And the penalty for this heresy is censorship (“stop his mouth”), exile from the public forum (“toss him out”), and ultimately death (“kill him off”).

All cultures punish blasphemy of their gods—by exclusion, by exile, or by execution. In a culture that worships the self, the blasphemers are those who argue that human happiness comes only through the death of the self. In every hedonistic culture, faithful Christians are going to blaspheme the gods of their culture–so they must be prepared to face the consequences of such blasphemy.

Since Augustine’s two cities are moving in radically different directions, the citizens of the City of God will at times have to endure “the worst and most depraved republic” (II.19). But such endurance and suffering is what Christ has called them to. And by their endurance, they will “win for themselves a place of glory in the most holy and majestic senate of the angels, so to speak, in the heavenly republic whose law is the will of God” (II.19).

The soul that is rightly to be called great is the soul that can bear a life of hardship without fleeing from it.”