One of my favorite poems is Gerard Manley Hopkins’ “The Windhover.”  This is a favorite because of the central theme Hopkins communicates:  our work becomes beautiful when it bends to the will of God. 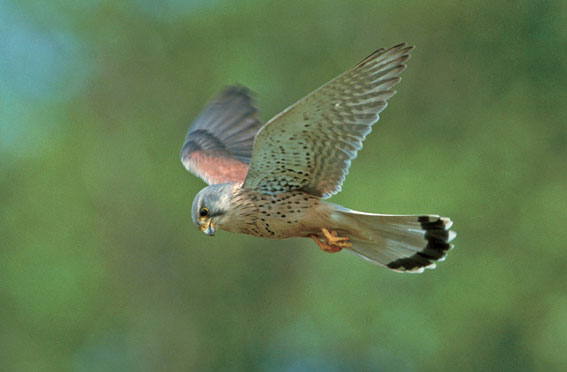 When I write for this blog, this theme keeps me honest and committed.  To understand how Hopkins develops it, let’s take a walk through his poem. It’s not an easy one, but it is well worth the effort.  Hopkins begins by describing a bird in flight, but we quickly realize what’s really at stake:

To Christ our Lord

I caught this morning morning’s minion, king-
dom of daylight’s dauphin, dapple-dawn-drawn Falcon, in his riding
Of the rolling level underneath him steady air, and striding
High there, how he rung upon the rein of a wimpling wing
In his ecstasy! then off, off forth on swing,
As a skate’s heel sweeps smooth on a bow-bend: the hurl and gliding
Rebuffed the big wind. My heart in hiding
Stirred for a bird,—the achieve of; the mastery of the thing!

Brute beauty and valour and act, oh, air, pride, plume, here
Buckle! AND the fire that breaks from thee then, a billion
Times told lovelier, more dangerous, O my chevalier!

In a letter to his friend Robert Bridges, Hopkins described this poem as “the best thing I ever wrote”, and he wrote some stunning poetry prior to this sonnet.  His title refers to a kestrel, a small falcon that hunts by hovering in a headwind until its prey reveals itself.  The subtitle indicates that the poem has a theological meaning, despite being overtly about a bird.

The poem occurs in the morning, just after the poet sees a hunting, hovering windhover.  He calls the bird “morning’s minion” (or the morning’s “darling”), then goes on to describe the bird in terms of French chivalry:  the falcon rides the wind like a “dauphin” (crown prince) rides his horse.  The air is “rolling” but the bird is “level” because of its expert skills in the saddle.

Suddenly, the bird stops hovering and circles around the point of its wing, as if it had “rung on the rein” of the horse’s head.  Hopkins describes the turning wing as “wimpled” because it reminds him of the rippling pleats of a nun’s wimple in movement.  The bird was facing the wind head-on; its sudden wheel lets it sweep away “off, off forth on swing.”  In this moment of conflict–of wrestling with the force of the wind–the bird feels “ecstasy.”

The falcon’s sweep reminds the poet of an ice-skater’s skilled feet as they cut out figure-eights.  The force of “hurl” contrasts with the grace of “gliding”; “hurl” implies powerful self-propulsion, while “gliding” indicates the falcon’s use of the wind’s force.  Because it bends to the force of the wind, the falcon’s strength now multiplies beyond its natural limit.  This is what stirs the hiding heart of the poet:  “the achieve of, the mastery of the thing!”

As the second stanza begins, the poet restates the bird’s action:  “Brute beauty and valour and act, oh, air, pride, plume, here/Buckle!”  The result of buckling to the wind’s force is a sudden fire that breaks forth from the falcon.  Because it stopped resisting the wind and submitted to its force, the falcon becomes more lovely and more dangerous.  It becomes more fully itself:  a dappled falcon on the hunt.

The language in this stanza could also apply to the poet’s prideful heart (“oh, air, pride, plume”).  He calls it now to buckle to the will of God in order to become something far more glorious.  As the bird becomes a more effective hunter, so the poet will become a billion times more effective in his calling by buckling in submission to the force of the Holy Spirit, the headwind that buffets him.  We have reached the heart of the poem.

Once this theological theme enters our mind, we are reminded that Christ was often called a “chevalier” (knight) in medieval writing.  And like the falcon, Christ also submitting to the force of the Spirit, the wind of God’s will that blew him to the Cross.  His submission made him far more lovely and a billion times more deadly.  Remembering all this, the poet now calls his heart to imitate the pattern of submission set by Christ and his bird.

Hopkins then gives two more examples of his central theme.  The mere plodding of a ploughman makes his plow shine brightly as it presses through the tensive force of the soil, which it pushes up into the sillion (the ridge between furrows).  Second, the blue-bleak embers of a near-dead fire break out in “gold-vermilion” when they “fall, gall themselves” and break apart, revealing the living fire inside.  For both the plough and the embers, beauty comes because of the trials and friction.

So then, let us also say to our hearts, “oh, air, pride, plume, here/Buckle!”, so that we also may “gash gold-vermilion.”