Share Tweet Buffer Print Email
Note: I had the privilege last weekend to speak at the wedding of a former student. For my text, I chose one of John Ciardi’s poems from his tiny volume I Marry You. When my used copy of this “Sheaf of Love Poems” arrived from Amazon, I discovered that Ciardi himself had inscribed it when he gave it to his friend at the end of the 1950’s. I gladly became an inheritor of that history.

While meditating on the nature of matrimony, G. K. Chesterton once declared, “Marriage is a duel to death which no man of honor should decline.”  Despite what this quote might imply, Chesterton was himself quite happily married, and the duel he mentions is a struggle of the soul.

As Chesterton saw things, when a man marries, he engages in a lifetime of warfare against himself and his sin for his bride.  Like knights of old, the groom daily delivers his lovely lady from dragons–but dragons that raged in his own heart.  And though she is lovely, the bride does battle as well, for her heart has its own monsters.

This is the Christian vision of marriage, glorious in vision yet terrifying in practice.  The sin of a single heart is terrible enough, but what horrors will come about when two sinners marry?  What will happen when they combine their fallen forces in a covenantal union? 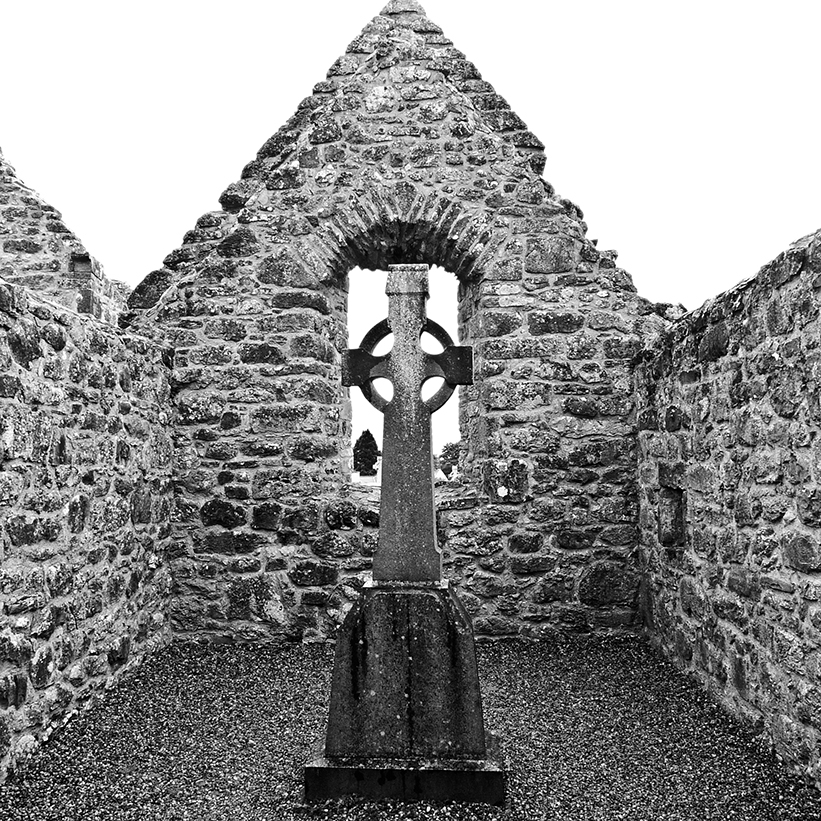 This is the precise question that John Ciardi answers in a short poem called “Most Like an Arch.”  And the answer comes in a single, simple metaphor:  that marriage is like an arch of stone, made strong because of a dual fall.

Most Like an Arch This Marriage
by John Ciardi

Most like an arch—an entrance which upholds
and shores the stone-crush up the air like lace.
Mass made idea, and idea held in place.
A lock in time. Inside half-heaven unfolds.

Most like an arch—two weaknesses that lean
into a strength. Two fallings become firm.
Two joined abeyances become a term
naming the fact that teaches fact to mean.

Not quite that? Not much less. World as it is,
what’s strong and separate falters. All I do
at piling stone on stone apart from you
is roofless around nothing. Till we kiss

I am no more than upright and unset.
It is by falling in and in we make
the all-bearing point, for one another’s sake,
in faultless failing, raised by our own weight.

Marriage is most like an arch–bride and groom like twin piles of ponderous stone falling toward each other.  What makes the arch strong is the mutual support of its sides, the perpetual falling of each side arrested by the other.  In isolation the sides would fall to the ground, for “world as it is,/what’s strong and separate falters.”  But when the two sides join their weakness, they suddenly find an unexpected strength:  “two fallings become firm”, and this strength is far greater than the sum of its parts.

Like an arch, marriage combines the weakness of man and maid into a sudden, unexpected strength.  When one side slips, it is caught and held up by the other.  Each understands the gravity of sin, the need for grace, and the ease of slipping, and so can anticipate the moment when grace and love are most needed.  Miraculously, through the grace of Christ, the marriage of two fallen people can reach the “all-bearing point”, the paradoxical point of “faultless failing.”

As glorious as Ciardi’s poem is, it requires two caveats.  First of all, no arch is complete without a keystone, the wedge-shaped rock that forms the center of the arch.  The keystone is the final piece placed in an arch; it joins the two sides together and locks them into place.  Only then does the arch becomes capable of bearing the weight of the wall.

In the same way, no marriage can successfully withstand the stone-crush of daily life unless Christ is its keystone.  Christ must be the center of the marriage arch:  not the bride, and not the groom.  It is through the keystone that the two sides of the arch touch; it is through Christ that the bride and groom learn how to relate.  Christ’s humility and sacrificial love must define how husband and wife treat each other.  When Christ’s example is ignored, the stones slip and the arch’s integrity is threatened.  When Christ’s example is followed, the falling of each side becomes simply a death to self–and Chesterton’s “duel to death” can be won.

The second caveat involves masonry.  While an arch can be built without mortar, it can only withstand wind and water for so long before the stones slip.  Mortar, however, fills the cracks and irregular edges of the stones, cementing them into place.  Wind and storm may rage, but the mortar holds the stones fast, the wall steady and strong.

In a few moments, you two will say your vows, sacred words that will be witnessed by all of us, words that will be heard and held by the Triune God.  These vows are the mortar of your marriage.  Far from mere words, your vows are sacred promises, binding until death separates you.  They will be the mortar that binds you together in Christ and keeps your stones from slipping in the winds of the world and the storms of sin.

Now your love burns bright and hot, but its passionate fuel is quickly spent.  If your love is to reach the white-hot coalbed of maturity, it must burn a harder wood.  Your love must be fed not by emotion, but by the oakwood of your vows.  Your emotion is fickle, but your vows never change.  Your passion will often abandon you; there will be many moments in your marriage when you do not feel like loving each other.  These are the moments when your vows, cemented in history, will draw you toward each other–and teach you the real nature of love.

Today you two are being leaned toward each other, joined by the keystone of Christ, and cemented by your sacred vows.  This minister-turned-mason is about to make you two most like an arch in marriage.  May God in his grace not only keep you steadfast against the “stone-crush” of a fallen world, but also make your marriage a monument of his mercy, so that three generations from now, your great-grandchildren will whisper their thanks for what God did on this day.

Share Tweet Buffer Print Email
Categories: Enchanted World, Ordinary Life, Poetic Vision
Disclosure of Material Connection: Some of the links in the post above are “affiliate links.” This means if you click on the link and purchase the item, I will receive an affiliate commission. Regardless, I only recommend products or services I use personally and believe will add value to my readers. I am disclosing this in accordance with the Federal Trade Commission’s 16 CFR, Part 255: “Guides Concerning the Use of Endorsements and Testimonials in Advertising.”