Today we come to our fourth and final reading in Beowulf: the famous fight with the dragon. Here are my thoughts on fighting the dragon and the greater meaning of this poem.

When you finish reading this post, be sure to share your perspectives and questions in the comments section. If you haven’t joined the conversation yet, this is your last chance! 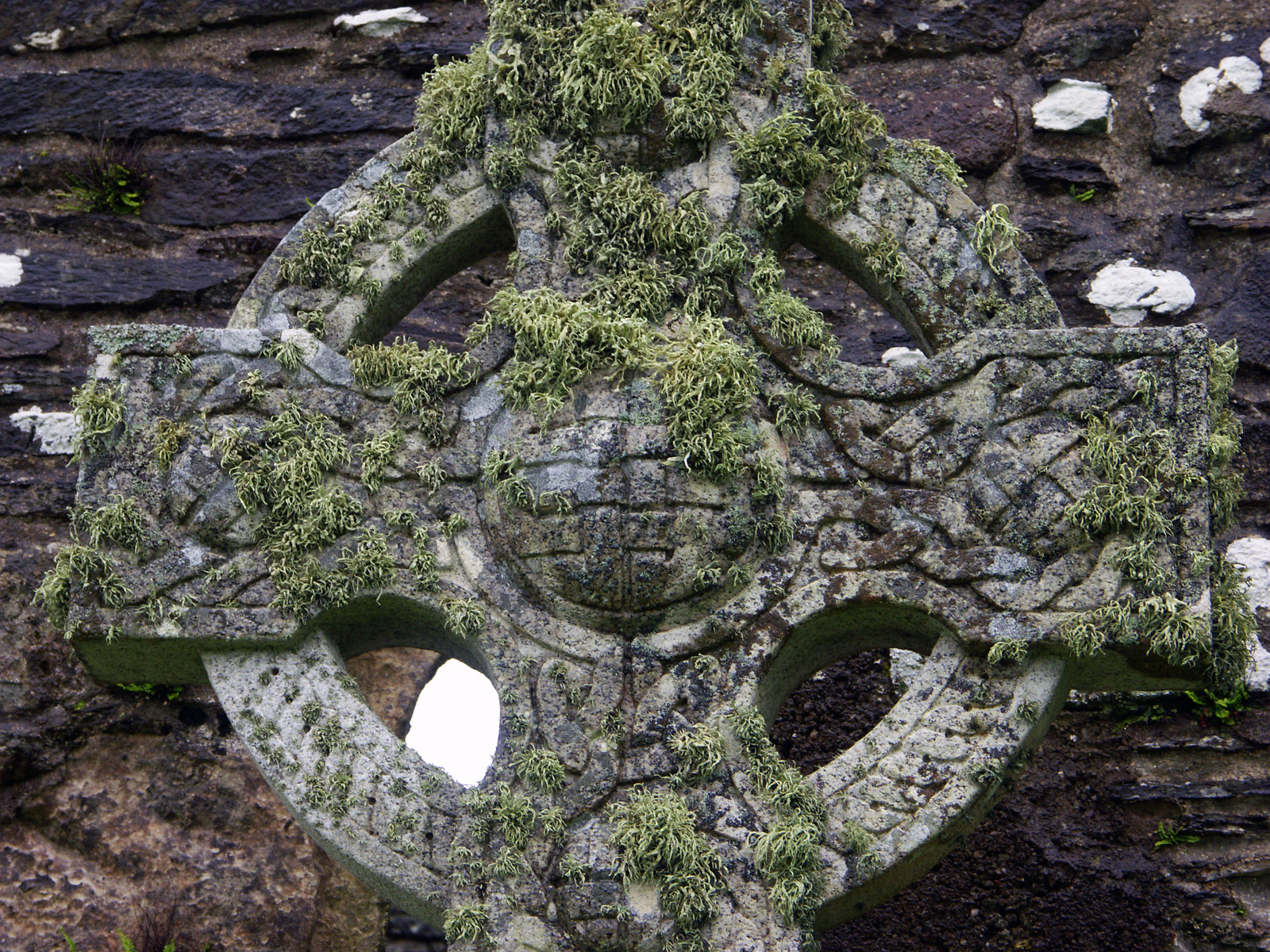 King of the Geats

This section opens with a quick mention that Beowulf becomes king and rules “for fifty winters” (l. 2209). Just as quickly, we learn that a dragon threatens Geatland. Within a few lines, the conflict of the last section is set: old king against age-old evil.

We don’t learn the story of Beowulf’s coronation until after the dragon has been introduced. Then we learn that when Hygelac died, his queen offered the crown to Beowulf, knowing her son was too young to rule (ll. 2370-72). Despite the weakened condition of his kingless people,Beowulf demonstrated his character by refusing the throne and recognizing the hereditary right of the prince. Beowulf serves the crown-prince as counselor and chief-thane. The warrior refuses the crown in order to bring it greater honor.

This action shows that Beowulf has held fast to Hrothgar’s exhortation to abandon pride and seek wisdom. Beowulf could have taken the throne and increased his glory with the blessing of all the Geats. But instead he chooses to become the servant of all the Geats by protecting the hereditary line of the king, thus guarding against civil war.

When Heardred dies in battle, Beowulf finally takes the crown, and becomes a “good king” (gōd cyning). Only three kings in the poem are described this way: Shield Sheafson, Hrothgar, and now Beowulf.

The ancient dragon (wyrm, in the Old English) who ravages Geatland is awakened from its slumber by a thief, who pillages the wyrm-hoard. When the dragon discovers the thief’s work, it scorches the earth around its barrow. Its attack culminates in the destruction of Beowulf’s mead-hall (ll. 2325-27).

The poem has now come full circle: it opens with a monster destroying a mead-hall (Grendel) and ends with another monster destroying another mead-hall. But Grendel, though monstrous, was still descended from man. The dragon, on the other hand, is an evil more ancient even than Cain–more ancient and more sinister. The dragon represents man’s first enemy, the angel-serpent who caused our First Parents’ fatal fall. And Beowulf’s final fight symbolizes man’s archetypal struggle with an evil that seems to never weaken. No matter how many monsters we slay, there are still more.

When Beowulf learns of the dragon, he has forebodings of his impending doom. The poet tells us plainly that this will be Beowulf’s last fight. This detail deepens the mood: we read with heavy hearts, knowing the inevitable conclusion. The repeated reminders of his imminent death only strengthen the foreboding.

Beowulf takes twelve others with him to fight the “sky-plague” (l. 2347). After recounting several stories from Geatish history, he tells his thanes to let him face the dragon alone. The battle is fierce but balanced, for a time.

Terrified by the fire and violence of the dragon, eleven of Beowulf’s men “broke ranks and ran for their lives/to the safety of the wood” (ll. 2598). Wiglaf alone remained. When Wiglaf remembered the gracious gifts his king had given him, he rushed to aid his king. Despite his earlier instructions, Beowulf rejoices in Wiglaf’s aid.

But the battle turns tragic when Beowulf’s infallible sword shatters on the dragon’s scales. Immediately, the dragon bites Beowulf in the neck, delivering the death-wound. Together, Beowulf and Wiglaf dispatch the dragon, but the king’s life is ebbing away. With his last breath, Beowulf lavishes gifts on his faithful thane–to the very end, the king was a good ring-giver.

My Life for Yours

Why does Beowulf attack the dragon by himself? Why does he not take the others with him? We at first suspect some wrong-headed pagan machismo, especially when the poet says the warrior “trusted in his own strength entirely/and went under the crag” (ll. 2540-41).

However, there are two far more admirable reasons for Beowulf’s actions. First, Beowulf tells his men that he was always point-man when Hygelac was king. This is the fighting position Beowulf knows best–perhaps it is the only position he knows. Second, we learn that Wiglaf is an untried warrior (l. 2627), yet he and the others were specially selected from the army as “the best/of [Beowulf’s] arms-bearing thanes” (ll. 2641-42)! The cowardice of the other thanes indicates their inexperience in battle.

With fifty years of peace, the Geats have not known much war, as Beowulf points out (ll. 2732-36), and so they have no battle-hardened warriors. This means that Beowulf tries to face the dragon himself to protect his amateur thanes.

The connections between Beowulf and Christ is this last episode are numerous. Both kings lose their lives to ancient serpents in order to save their people. Both are accompanied by twelve “thanes”; all but one abandons them at the crucial (cruciform) moment.

The obvious difference is that Beowulf will not be resurrected. Instead, his death means war, suffering, and slavery for his people (ll. 3152-55). The herald who announces Beowulf’s death anticipates an attack from the Franks and Frisians, who will awaken a feud that slept so long as Beowulf guarded the Geats.

What’s more, the gold-hoard that Beowulf won with his life is cursed and cannot be used by the Geats. This underscores the tragedy of Beowulf’s death. The blessing he won for his people becomes a curse. His only legacy is the certainty of invasion, death, suffering, slavery. Though he imitated Christ throughout the poem, Beowulf’s death effects nothing but the downfall of his people.

Instead of inaugurating a lasting peace and permanent victory, Beowulf’s death ensures the end of Geatish peace and security.

The Meaning of Beowulf

When Grendel’s mother turns Danish rejoicing into sorrow, Hrothgar exclaims, “Rest? What is rest? Sorrow has returned” (l. 1322). Hrothgar despairs at the never-ending onslaught of evil. Momentary victories get swept away by the wickedness that runs rampant in the world. Mankind will not taste lasting rest and true celebration while this world remains.

The entire poem points to this conclusion. Each monster we kill, each villain we defeat is only replaced by another evil. For these pagan heroes, the best life was one of defiant struggle–of refusing to accept the inevitable tragedy. As Tolkien explained,

“Man alien in a hostile world, engaged in a struggle which he cannot win while the world lasts, is assured that his foes are the foes also of Dryhten [the Lord], that his courage noble in itself is also the highest loyalty.”

Beowulf belongs to this ancient vision of the world. His lifetime of struggle to destroy evil and defend his people does not produce a lasting peace for his people, but just the opposite. The only proper response to such a world is the wailing lament of the old women at Beowulf’s pyre.

Though the Geats despair, the Beowulf-poet does not. He has learned of another story, with a different warrior-king. He knows of one greater than Beowulf.

This poem presents the best warrior the old, pagan culture had to offer. The best king could do nothing to stem the flow of evil. He could bring no peace or salvation to his people.

But Christ could–and did. Christ suffered and died and conquered. He plundered the dragon-hoard, crushed the monsters’ heads, set his people free from the tyranny of evil. Christ is the warrior-king who came across the ocean like Shield Sheafson. He alone has not only stemmed the flow of wickedness, but mortally wounded Evil.

The purpose of Beowulf is to call the audience to a higher heroic code. It is a calling to become the thane of Christ, to eat the meat of his table, drink the mead of his cup, and sing the songs of his hall. For he is the true ring-giver, for he alone brings peace to a monstrous world.

We’re done! Thanks for reading Beowulf with me! If you have any suggestions about another title to read together, leave it in the comments section below!

Share Tweet Buffer Print Email
Category: Bookclub
Disclosure of Material Connection: Some of the links in the post above are “affiliate links.” This means if you click on the link and purchase the item, I will receive an affiliate commission. Regardless, I only recommend products or services I use personally and believe will add value to my readers. I am disclosing this in accordance with the Federal Trade Commission’s 16 CFR, Part 255: “Guides Concerning the Use of Endorsements and Testimonials in Advertising.”