When you finish reading this post, be sure to share your perspectives and questions in the comments section. 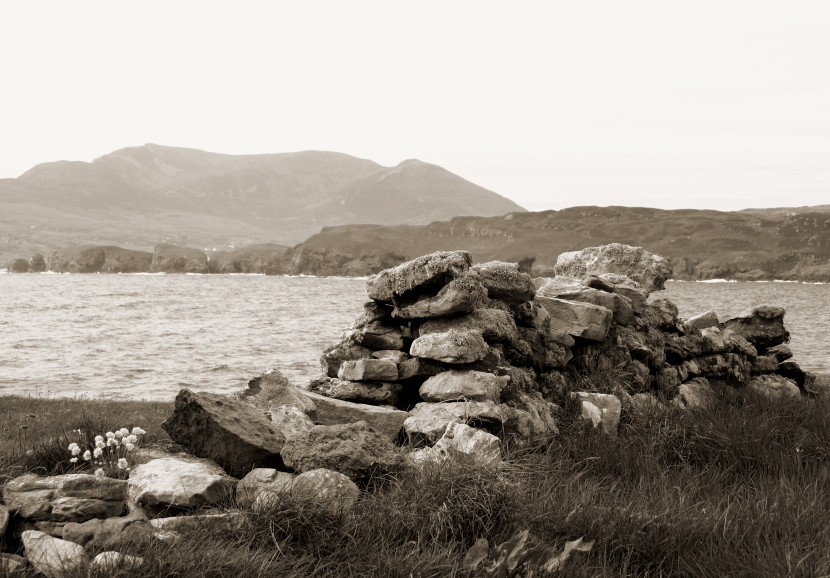 Having celebrated Grendel’s demise, the Danes and Geats settle in for the night.  For the first time in twelve years, the Danish thanes spend the night in their own mead-hall.  Their arms are at the ready, but their guards are down (ll. 1242ff.).

Though she is a monster, Grendel’s mother mourns her son’s death.  “Grief-racked and ravenous” (l. 1278), the monster-mother comes to Heorot for blood-vengeance.  She grabs the nearest warrior, snatches her son’s arm from the wall, and flees back to her horrid fen to savor her revenge undisturbed.

Beowulf can do nothing to stop the monster because he sleeps elsewhere, part of his reward for vanquishing Grendel.  The lesson?  The battle isn’t over until all the enemy are defeated.  We are often most susceptible just after a significant victory.  Today’s celebration will become tomorrow’s dirge unless we are watchful and every ready to fight.

Beowulf again offers to aid the Danes by hunting down the monster-mother.  But this task seems far more daunting that facing Grendel.  Grendel’s mother lives at the bottom of a deep, serpent-infested fen, so death was likely (ll. 1480-91).

Beowulf armors himself for this fight, uncertain of what lies ahead.  Unferth, perhaps sobered by Beowulf’s victory over Grendel, offers Beowulf his ancient sword, Hrunting, which had never failed in battle (ll. 1460-61).  After making his formal boast, Beowulf dives into the mere.

The warrior spends the “best part of a day” (l. 1495) sinking to the bottom of the fen–a sign that we have entered the realm of legend.  The monster swims out to meet Beowulf, grappling him in her talons and dragging him back to her hall.

The monster’s hall is the antithesis of Heorot.  In this magic, monstrous hall heroes meet their death.  There is no community, no fellowship here–only two lonely monsters nursing a grudge as old as the world.

Hrunting fails Beowulf in his time of need, refusing to bite into the neck of the “tarn-hag.”  The warrior wrestles with the monster in an archetypal struggle between man and evil.  Beowulf would have perished had not unbidden help come in the form of another ancient sword, forged by giants and resting in the monster’s hall.

A single swing and the monster’s head comes off.  Instantly, the hall brightens (l. 1570), and Beowulf sees Grendel’s corpse.  Cutting off the monster’s head, he swims for the surface, dragging the head behind him.

Meanwhile, seeing the blood frothing on the surface, the Danes return to their hall, believing that Beowulf has been torn to pieces.  Only the Geats wait, without hope, for their captain to return.  Finally, in the ninth hour Beowulf returns from his watery grave.

We must pause a moment to think through the details of Beowulf’s fight.  Champion of a people not his own, the warrior descends into darkness to fight an age-old evil.  He destroys his enemy by decapitation, using a weapon forged almost before the world began.  He then reascends, bearing battle-spoils, and emerges victoriously in the ninth hour.

The similarities between Beowulf’s heroics and Christ on the cross are too numerous to be accidental.  Christ also suffered to save a people not his own.  Using a cross as his sword, Christ crushed the head of the evil one and destroyed the stranglehold of sin and death.  Christ also descended into death, into the grave to do battle and reemerged victorious.

Most significantly, when Christ dies, he cries out, “It is finished!” (John 19:30) and then breathes his last in the ninth hour (Matt. 27:45, 50).  His cry is one of victory:  with his death (and imminent resurrection) Christ crushed his enemy’s head with the wooden sword found in the house of death.

The similarities are too many.  The Beowulf-poet is making deliberate connections between Christ and Beowulf–connections that grow all the stronger when this hero faces the dragon at the end of the poem.  More on this next week.

Despite Unferth’s earlier insults and the failure of Hrunting, Beowulf graciously makes no comments that would further ruin Unferth’s reputation.  The shows remarkable magnanimity on Beowulf’s part for his “sword-brother.”

The celebration begins again:  feasting, songs, and gifts.  But Hrothgar’s exhortations to Beowulf are not purely adulatory this time.  The Danish king tells the story of Hermod again, but this time as a warning.  Hermod’s pride corrupted him, and his hubris lead directly to his death.  He stopped giving gifts to his thanes, indulged his pleasures, and threatened his entire community.

For some reason, Hrothgar fears that the Danish monsters have distracted Beowulf from the monster that lies within all of us.  So he mixes his praise with admonition:  “Choose, dear Beowulf, the better part,/eternal rewards.  Do not give way to pride./For a brief while your strength is in bloom/but it fades quickly” (ll. 1759-62).  Trust not in strength, but in wisdom (ll.1722-24).  Pride and strength and glory are fleeting and fickle; wisdom is eternal.

Beowulf hears this lesson and “was elated and gladly obeyed/the old man’s bidding” (ll. 1785-56).  Later, when Beowulf recounts his fight with Grendel for Hygelac, he simply glosses over the whole thing:  “It would take too long to tell how I repaid/the terror of the land for every life he took/and so won credit for you, my king” (ll. 2092-94).  Surely, Beowulf has the makings of a good king!

Hrothgar lavishes Beowulf with rewards and gifts, all of which Beowulf gives in turn to his king, Hygelac, as any good thane would.  Beowulf also gives a gift to the Danish watchman, who first admonished the warrior to make sure his words and deeds matched.  Having heeded this good advice, the warrior thanks his teacher before departing for his homeland.

When Beowulf recounts his adventures for Hygelac, he interweaves several other stories from Anglo-Saxon history and legend.  The details are interesting, but the most significant thing about these interleavings is the effect they have on the story of Beowulf.  As Tolkien puts it, the poet used his knowledge of these other stories to give his poem

“that sense of perspective, of antiquity with a greater and yet darker antiquity behind.  These things are mainly on the outer edges or in the background because they belong there, if they are to function in this way.  But in the centre we have an heroic figure of enlarged proportions.”

By using these other stories, the Beowulf-poet creates something larger than history, something that approaches the archetypal and the mythic.  But before we can talk about that, we need to read about the dragon.

For next week, please read lines 2200-3182, which contain Beowulf’s climactic battle with the dragon. Then come back next Wednesday so we can discuss it.

Since we’re reading this book together, take some time to share your responses and insights to this reading in the comments section below.

Share Tweet Buffer Print Email
Categories: Bookclub, Reading Life
Disclosure of Material Connection: Some of the links in the post above are “affiliate links.” This means if you click on the link and purchase the item, I will receive an affiliate commission. Regardless, I only recommend products or services I use personally and believe will add value to my readers. I am disclosing this in accordance with the Federal Trade Commission’s 16 CFR, Part 255: “Guides Concerning the Use of Endorsements and Testimonials in Advertising.”