Share Tweet Buffer Print Email
Editor’s Note:  This is the fourth entry in a series of posts by Gregg Valeriano.  Be sure to read the first, second, and third posts as well, hopefully, in that order.

We have seen in the last three posts on Richard Wilbur’s poem “Epistemology,” his critique of how certain philosophers would have us view the world, if indeed we can view the world, as disenchanted and void of mystery, inherent beauty, and meaning. Wilbur, by contrast, constantly points us to a world of deep enchantment. 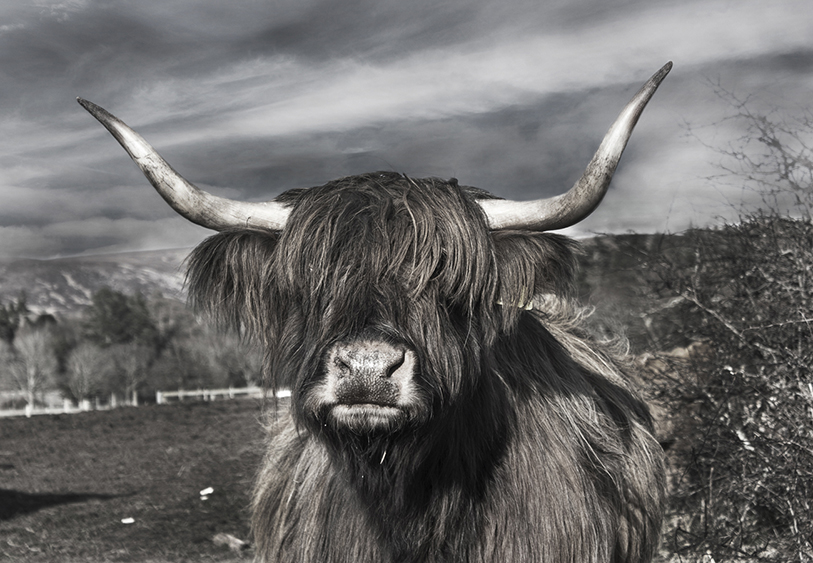 Cow of the World

Paul Mariani states that Wilbur’s poetry is “filled with things of this world, things closely, precisely, felicitously observed.” A sample of titles taken from Wilbur’s Collected Poems backs Mariani’s statement: “Green,” “The Lilacs,” “A Black Birch in Winter,” “Seed Leaves,” “Mayflies,” “A Barred Owl,” “The Writer,” “PlayBoy,” and “The Mind Reader,” just to name a few.

Wilbur’s poetry is born of fierce empirical acuteness. Unlike Descartes whose approach to the world is based on doubt and a distrust of the senses, Wilbur’s poetry is driven by the fundamental belief that there is a world we can know, as evidence by his poem “Lying”:

In a strict sense, of course,
We invent nothing, merely bearing witness
To what each morning brings again to light:
Gold crosses, cornices, astonishment
Of panes, the turbine-vent which natural law
Spins on the grill-end of the diner’s roof,
Then grass and grackles or, at the end of town
In sheep-swept pasture land, the horse’s neck
Clothed with it usual thunder, and the stones
beginning now to tug their shadows in
And track the air with glitter. All these things
Are there before us; there before we look
Or fail to look . . . .

I feel that the universe is full of glorious energy, that the energy tends to take pattern and shape, and that the ultimate character of things is comely and good. I am perfectly aware that I say this in the teeth of all sorts of contrary evidence, and that I must be basing it partly on temperament and partly on faith, but that is my attitude. My feeling is that when you discover order and goodness in the world, it is not something you are imposing—it is something that is likely really to be there, whatever crumminess and evil and disorder there may also be. I don’t take disorder or meaningless to be the basic character of things. I don’t know where I get my information, but that is how I feel.

While grounding his perspective on the world in “feeling,” and being “unsure” where he gets his information from might spike the ire of philosophers, they should be reticent. After all, it is Descartes, the father of modern philosophy, who approached the world with shut eyes, stopped ears and withdrawn senses. Withdrawing into his rational self, eventually re-opening his eyes, seeing what only his rationality will allow, a world “disenchanted, a mere mechanism, devoid of any spiritual essence.” In short, a world barren of pulchritude.

Wilbur’s points us to a very different kind of world, a world that can be rationally known but one that does not easily reside within the confines of our rationality. Witness Wilbur’s poem “On Having Mis-Identified a Wild Flower”:

A thrush, because I’d been wrong,
Burst rightly into song
In a world not vague, not lonely,
Not governed by me only.

There is more to the world, things that are true of this world, that we can know but go beyond our rational powers.

To put it somewhat differently, all that is is more than it is. Contra Descartes, Wilbur’s understanding of the world is sacramental. The material is spiritual and yet still material. Implied in his poems, he states, is G.M. Hopkins poetic line, “The world is charged with the grandeur of God.”

St. John’s tells how, at Cana’s wedding-feast,
The water-pots poured wine in such amount
That by his sober count
There were a hundred gallons at the least.

It made no earthly sense, unless to show,
How whatsoever love elects to bless
Brims to sweet excess
That can without depletion over flow.

Which is to say that what love sees is true;
That the world’s fullness is not made but found. . . .

For Wilbur, what makes the world a mystery full of depth and meaning is Divine Love. It is this love that has called this world into existence and blessed this material world that “brims to sweet excess.” In this Wilbur is throughly Scriptural, for Scripture tells us that the world is full of goodness, shining forth the Divine Love that has brought it into existence out of nothingness, over flowing without depletion–world without end.

Perhaps Wilbur’s most famous poem, “Love Calls Us to Things of this World” helps us to see this from another angle. In this poem the speaker is awakened, peeling open his sleepy eyes to see: 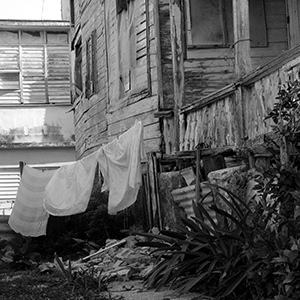 Outside the open window.
The morning air is awash with angels.

For Wilbur, this world is filled with transcendence. The problem, as we awake, the speaker tells us, is to avoid “the soul shrink[ing]/From all that is about to be remember[ed]./From the punctual rape of every blessed day.” That is, we must avoid letting the normal work of every day blinds us from the transcendence that pervades even the mundane—bed-sheets, blouses and smocks. But the speaker cries out in defiance:

Oh let there be nothing on earth but laundry,
Nothing but rosy hands in the rising steam
And clear dances done in the sight of heaven.

If it is love that makes this world enchanted, then, for Wilbur it is love that enables us to bear witness to this enchantment. Wilbur through his poetic genius is pushing us to not avert our eyes from this world but to be vigilant, fixing our gaze upon this world with loving intent. When we do (to steal a line from Wilbur’s poem “She”) we will see the world as:

When Adam’s will was whole, and the least thing
Appeared the gift and creature of his king.

Simply, we will see the world with gratitude.

Share Tweet Buffer Print Email
Categories: Enchanted World, Ordinary Life, Poetic Vision
Disclosure of Material Connection: Some of the links in the post above are “affiliate links.” This means if you click on the link and purchase the item, I will receive an affiliate commission. Regardless, I only recommend products or services I use personally and believe will add value to my readers. I am disclosing this in accordance with the Federal Trade Commission’s 16 CFR, Part 255: “Guides Concerning the Use of Endorsements and Testimonials in Advertising.”