Occasionally the embarrassments of others turn contagious. I think it was two years ago I went over to the house of a couple, friends of mine, for dinner.

As it happened, I arrived about fifteen minutes early (a terrible habit of mine, generously unreproached by my circle of acquaintance) and my friend’s wife let me in. He was not yet home from work and she invited me to make myself comfortable in the living room. I was about to do so when a thought, evidently of some urgency, dawned upon her and caused her eyes to widen considerably. 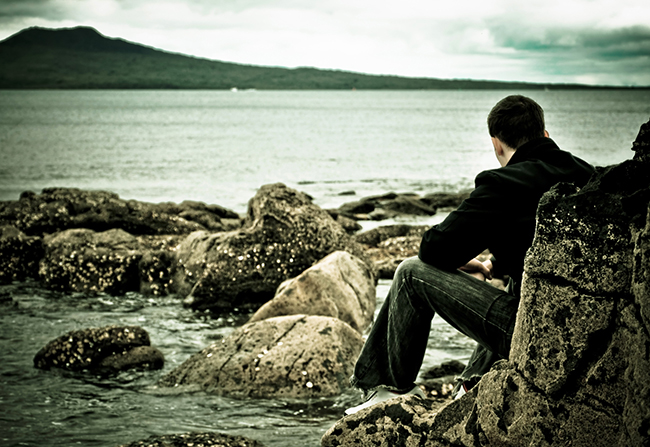 She explained that a friend of hers had visited from out of town earlier that same afternoon and she had not yet restored the room to that state of levitical uniformity which conscience, and for all I know, the avenging spirit of Emily Post demanded. I assured her that her concerns were baseless and entered the sanctum. As memory serves, there were a pair of coffee cups on the table beside the couch, a small assortment of photographs and a couple of throw pillows on the ground propped against the table leg. This was the extent of the domestic ataxia she had described. Still mortified despite my best reassurances, she returned to her dinner preparations, likely whispering a litany of remorse to Hestia or whichever goddess was most likely to express umbrage if a dust bunny should ever accumulate under the couch.

Even if her compounded self-reproaches reached almost the boiling point of melodrama, my admiration for the lady in question was, if anything, increased following this episode and I think my friend all the more fortunate to have married her. At a point whose exact position differs from person to person, we will all apologize for some small pandaemonium or uncontained untidiness. This point in single men such as myself  is seldom reached, and has over the course of bachelorhood’s history taken on an almost legendary quality, like the source of the Nile before Speke and Burton, or the anthropophagi in Mandeville’s chronicle. For all that, it is real enough. We will all apologize for the wreck of our living rooms, the scattered papers and shopping bags on the floors of our cars or for the untrimmed tree branches that encroach upon our neighbor’s telephone line. Some of us are less appreciative of the tranquility which is endangered by these small discombobulations, but we will respond when the issue forces our hand. In these domestic trials single men act with that quality which, according to Churchill, characterizes America in her foreign policy: “Always ready to do the right thing once she has exhausted every other alternative.”

And what of karma, or kismet, or Providence? We pay lip service to them (the first, at least–the last sounds uncomfortably religious) and thereby own that life is too rich and full a thing to fit our hands, and so we are not responsible for its multitudinous joys and heartaches and plenary agitation. In spite of this, we are not above the habit of bandying about apologies as conversational filler. I once overheard: “Say do you have the time? It must be close to five, isn’t it?” “I’m sorry, it’s only four.” The second interlocutor had no shrinking diffidence in his features. He was tall–taller than I, at any rate–and his face possessed a touch of Errol Flynnesque insouciance such as ought by rights to find in an extra hour of daylight an occasion for secondhand pride, and meet it with a smile and an arched brow. A man like this should be the last of Adam’s progeny to feel sorry that his fellow man has overlooked daylight savings time. I ought (and hang me, I failed) to have said, “Say there, none of us is at the back of this, I promise you. You can thank God for it, or blame Him, but don’t give yourself too much credit. Time’s a longer thing than all of us but One. And as for the Spring Forward, thank no one, neither speak of it, for it is of the pit.”

Every form of skepticism has misgivings tucked away in a closet somewhere. When we find ourselves in circumstances shapeless or unfamiliar, the half of our self-confidence trickles away from us. We are like tourists in a country whose language is strange and whose people we fear to offend. Our qualms betray us into mitigations far more graceless than the unnoticeable faux pas which elicits them. We say we are sorry when we are surprised, or when our ignorance of even the most trivial thing is briefly laid bare. Our defenses fall for a moment, and we surrender without conditions. Each of us fears ultimately that God is sniffing out our trail, and our inability to give an account of ultimate things reveals itself in slavish overtures in respect of things relatively unimportant. It is in the miniscule points of social niceties that we magnify these molehills. For instance, how often do we hear others (worse, ourselves) phrase as a question what  they intend as a statement? “You know how it is that…?” Definiteness deserts our speech and our manners, for fear we should ruffle our fellows’ sensibilities, which are equally delicate. Hamlet could walk into any office, school or church today and toy with the present occupants as with a thousand Osrics:

HAMLET: Put thy bonnet to his right use. ‘Tis very hot.

OSRIC: I thank your lordship. It is very hot.

HAMLET: No believe me, ‘tis very cold. The wind is northerly.

OSRIC: It is indifferent cold, my lord, indeed.

HAMLET: But yet me thinks it is very sultry and hot for my complexion.

OSRIC: Exceedingly, my lord, it is very sultry…

The strength of confrontation, even in the best of causes, is not in us. We mistake (willingly or otherwise) a false humility for pious Fear and Trembling, and drift accordingly. It is beyond me to guess how men might be encouraged to repent of false repentance without exacerbating their condition. But when we do so, I hope it is not too steep a challenge that we do so in the active voice.