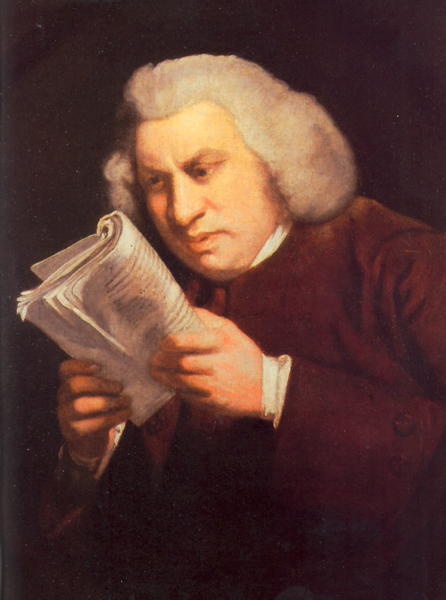 I know little about the philosopher George Berkeley but it is said that he denied the existence of matter. How did Berkeley come to such an absurd conclusion?

The story goes that the empiricist philosopher John Locke affirmed the existence of matter yet could not come up with a description of it.  Somewhat exasperated, Locke proclaimed “it is something that I know not what.”  Berkeley thought Locke, in a failure of nerve, shrank back from the logic of his empiricism.  If matter cannot be described, then the logical conclusion would be that it does not exist! Of course, Berkeley’s conclusion runs counter to common sense.

This short poem by Richard Wilbur is based upon the story of another refutation of Berkeley, this time by Samuel Johnson:

I.
Kick at the rock, Sam Johnson, break your bones:
But cloudy, cloudy is the stuff of stones.

II.
We milk the cow of the world, and as we do
We whisper in her ear, ‘You are not true.’

Johnson’s secretary, James Boswell, records the episode of Johnson’s famous rebuttal of Berkeley in his Life of Samuel Johnson:

After we came out of the church, we stood talking for some time together of Bishop Berkeley’s ingenious sophistry to prove the nonexistence of matter, and that every thing in the universe is merely ideal. I observed, that though we are satisfied his doctrine is not true, it is impossible to refute it. I never shall forget the alacrity with which Johnson answered, striking his foot with mighty force against a large stone, till he rebounded from it — “I refute it thus.”

Wilbur’s poem is entitled “Epistemology.”  Epistemology is a discipline in philosophy concerned with questions of knowledge and knowing.  In its more skeptical moments it is concerned with whether can we know anything at all:  How do we know that our perceptions of the world are, indeed, true and not just illusions?  Perhaps we are being deceived by an evil demon to see what we see?  What if we are just brains in a vat of nutrient, stimulated by an electrical current to form perceptions which have no connection to the real world?  Can you prove otherwise?   These questions have haunted philosophers at least since the time of Descartes, if not before, and still occupy the time and interest of many a philosopher today.

Of course, philosophers who ask these questions are often dismissed as ivory tower quacks who let their philosophical musings eclipse common sense. After all, they cannot be serious!

“Try putting your finger in a wall socket, that will shock you out of your ivory tower musings,” we say incredulously!  “The next time you stub your toe on a rock, tell me that matter does not exist,” we say matter of factly!  And with these common sense rebuttals, the epistemological musings of philosophers are refuted thus.

Yet Wilbur cautions that a common sense response to the world maybe be no more adequate than the philosophers who deny its existence:  “Kick at the rock, Sam Johnson, break your bones: but cloudy, cloudy is the stuff of stones.”  Wilbur warns that our attempts to understand the world come up short.  We are humbled by the lowly stone.

But why does he think this? What is his point?  What is he trying to get us to think about concerning our epistemological situation in this world?  It is these questions I will explore over the next few posts.

In the meantime, any Richard Wilbur fans out there?  Any ideas as to what he is getting at in this poem?