I was sitting in the company of friends a few nights back, after we had exhausted any and all stimulating paths of discourse (budget cuts, prostate cancer, etc.) and a calm insinuated itself into the give-and-take for a few seconds.

Not being of a constitution that is patient enough to bear silence calmly, I seized the wheel of badinage and steered in the direction of “Great First Sentences.” Normally I find this subject as fruitless and dull as the next man, but it is my own ground and I have not in me to despise it. I submitted (with more pretense of authority than pith of evidence) that the finest first sentence ever composed was:

“It was a bright cold day in April, and the clocks were striking thirteen.” 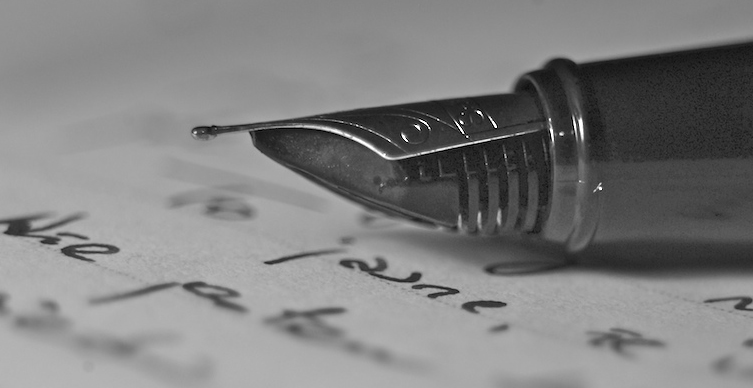 Few people who read Orwell dislike him, and of those few only a fraction ever admit it. The man who fought against fascism in the flesh, took home a bullet wound in the neck for his trouble–who wrote the most blistering indictments of Sovietism to come from the pen of a western writer– who never forgave for a moment any of the convenient “stinking orthodoxies” of the age–his record is as near to rising above criticism of any kind as a writer can hope. No one impugns his personal character, except occasionally to point to a certain shiftlessness that was not a moral failing at all, only an unavoidable symptom in the life of a freelance writer. There is, if you like, the fact that he smoked too much, but once you start bringing up this sort of thing, you may as well mention that he could not walk on water or raise the dead.

Nonetheless, I submit that there are a few handy sticks to beat him with. First, he is in his journalism occasionally as misanthropic as Swift, and does not have the redeeming quality of knowing it. There are other moments, in his criticism, where one suspects ruefully that he is positively trying to come off as a philistine; the essay on Yeats is a good example. Then there is the matter of 1984, whose merits I had sung so unreservedly. Even at its best, it is an imperfect fiction. Among the commonly lauded dystopian novels The Napoleon of Notting Hill and  Darkness at Noon are infinitely better for being psychologically believable. There is not in either of these the melodramatic suggestion that a government of sufficiently perverse designs can alter the private thoughts of the individual without the individual’s consent. The real Big Brothers of the age have successfully induced all manner of hatred, fear and paranoia–but amnesia? Our suspended disbelief begins to weigh a bit heavily there, George, old man.

Orwell has his place, and it is permanent.  Animal Farm is the only readable fable of modern times, and the best of his essays–those on Dickens and Kipling, the wry puritanism of “Benefit of Clergy,” the ubiquitous “Politics and the English Language,” the double frustration of “Shooting an Elephant”–along with the Spanish memoir and a few other things; these will stand the test of time. In these pieces his glass pane prose is precisely the necessary medium, all Isaiac indignation and bitter invective.

But 1984?  What was I thinking? If I may answer my own rhetorical question, naught; and based on previous experience, that has not hindered me from offering similarly untenable declarations.

One of my friends, sitting at my right, not insensitive to my feelings in this department, rubbed his chin for a moment and said “Well, I suppose that at a certain point, to argue one sentence over another, what with variations of style, genre, sub-genre and the like, the whole business becomes something of a quibble, wouldn’t it? Democritus and Epicurus shouting it out over atoms and monads, yes?”

Drawing from the same well of authority wherefrom I had drawn my first declaration, I informed him that his concerns were rubbish.

Removing his glasses, he gestured with them as he ticked off a few examples which might serve as refutations. Being well read, he was able to reply with a list that consisted of more than “Call me Ishmael” and “Happy families are all alike; unhappy families are each unhappy in their own way.” In fact, his list demonstrated a circumspection not often evident in such lists, much less those assembled at nine-thirty at night after a few bottles of good cheer; it incorporated such overlooked gems as

“In the Second Century of the Christian Era, the empire of Rome comprehended the fairest part of the earth, and the most civilized portion of mankind.”

“Supposing that Truth is a woman–what then?”

The action of the whole is suggested by the first overture. Granted, my offer had that quality about it, too, but on what strength is it so decidedly the superior to any of my friend’s alternatives? The question, like so many questions of hierarchy, is not one to be decided in this lifetime. The quality of a thing in relation to another thing is never just a triviality. This we admit, if we have thoughts at all.

Once upon a time there must have lived some lovable sophomore, some Glaucon or Thrasymachus who tried in the sincere fullness of his heart to determine which took precedence, the orange or the apple. He sat like Rodin’s bronze and pondered days on end while both pieces of fruit wasted away to a wrinkled nothing. Hierarchy is real enough; gratitude and enjoyment evermore so.

As for my friend’s list, it was more than adequate to its purpose, and I confess that after his delivery I found the grounds of my position somewhat altered, not unlike the followers of Korah subsequent to a few minor tectonic readjustments. I conceded the point, and returned to the bottle, from where I write this. Also I took a second look at the Orwell novel, which I had not read since my freshman year of college, and found that I dislike it more thoroughly than before. The orange, or the apple–whichever it is–has grown sour.

Share Tweet Buffer Print Email
Categories: Ordinary Life, Reading Life
Disclosure of Material Connection: Some of the links in the post above are “affiliate links.” This means if you click on the link and purchase the item, I will receive an affiliate commission. Regardless, I only recommend products or services I use personally and believe will add value to my readers. I am disclosing this in accordance with the Federal Trade Commission’s 16 CFR, Part 255: “Guides Concerning the Use of Endorsements and Testimonials in Advertising.”