Share Tweet Buffer Print Email
Editor’s Note:  This is the third in a series of guest posts by Gregg Valeriano.  Be sure to check out the other two here and here.

I ended the last post agreeing that skepticism (as well as common sense) is a kind of ingratitude. To understand the ingratitude of skepticism we need to turn to Descartes.

It has been said that one of the most disastrous events in Western history was when Descartes sequestered himself in his tiny apartment in Germany, huddled around his stove, seeking to anchor belief on a more certain ground. I think this is a bit of an overstatement. But like all overstatements, it is an overstatement of a certain truth. When we understand this truth more clearly, we will see how skepticism, as well as modern philosophy, is ingratitude. 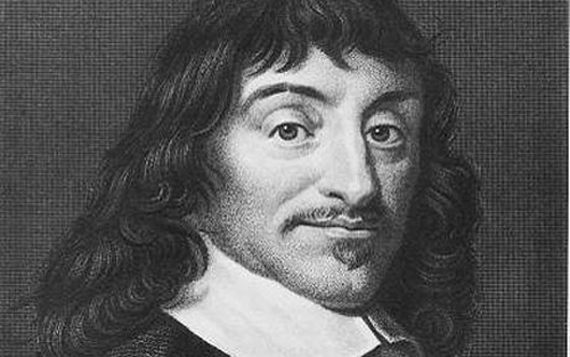 Moreover, because this doubt included incredulousness about his senses, Descartes was driven inward in search of foundational truth. In the words of David Bentley Hart, Descartes’ method gave priority to a moment of radical self-doubt about everything outside the self.  As Descartes augured deeper into the recesses of his rationality, he found one truth that could not be doubted: I think therefore I am.

Engaging in such radical doubt, Descartes took seriously the problem of skepticism:  he held that only if skepticism can be overcome can we be confident of our beliefs. But what would it take to overcome and dismantle skepticism? Or what does the skeptic demand for accepting a belief as true?  Nothing less than rational certainty, a certainty which brooks no possibility for error, mistake, or doubt, a pure indubitability.

And here we see something interesting about Cartesian rationalism and skepticism:  they both demand rational certainty for knowledge claims. This means that neither Descartes nor the skeptic can accept mystery.

For both Descartes and the skeptic, the “rational self” is the locus and arbiter of truth. Whatever cannot be proven by this rational self to be true cannot be believed. Neither the skeptic nor Descartes can stand before a mystery (or even recognize a mystery) with humility and gratefulness. But there is more.

Descartes set in motion an understanding of the world that would challenge and overcome how previous generations saw the world. Before Descartes, the material world was seen as a conduit of the divine. The world betrayed a divine order that bears the fingerprints of God. It was a world that was enchanted, magical, mysterious, sacramental, a medium of a transcendent beauty and love. But Descartes challenged this worldview and a new world began to emerge. According to Charles Taylor, for Descartes to know the world we have to objectify it and that means to see it mechanistically and functionally. With Descartes, Taylor claims, we see the beginnings of the disenchantment of the world. In other words, starting with Descartes, men no longer see the world as enchanted with the divine.

How does this apply to ingratitude?  Skepticism cannot accept the limitations of human reason and accept that the material world is a great mystery in its very existence and in our ability to know it. Therefore, the skeptic denies any material world to be sacramental. The Cartesian modernist, unlike the skeptic, believes that the world is out there, but can only see it through the suffocating confines of autonomous human reason. Therefore, he sees only a mechanistic, disenchanted material world, mute and dumb. Both skeptic and Cartesian reject the gift of creation as a great mystery that reveals God’s love and beauty.

But from a Christian perspective, this is exactly what creation is: a sacrament in which God entices us by speaking forth his infinite beauty and love to us.

It seems that we have drifted far from Wilbur. But in the next post we will see that Wilbur’s poetry is deeply sacramental, full of wonder and gratitude. As such, it stands as a sharp rebuke to any disenchantment of the world.