When his charismatic friend Charles Williams died, C. S. Lewis wrote his reaction in a letter: 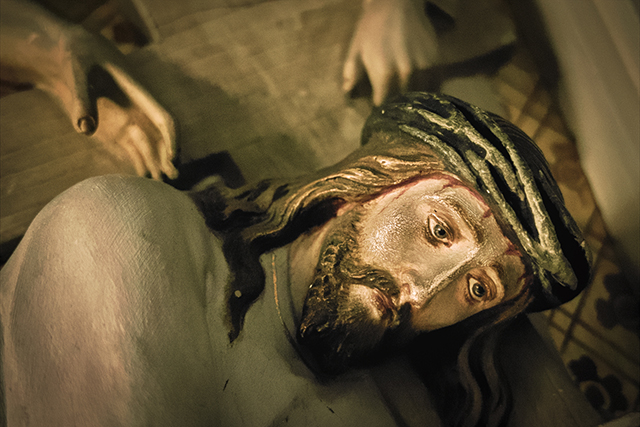 Charles Williams’ life was so full of love and truth, grace and beauty, that his death only made Lewis more certain of the afterlife and the coming resurrection. The idea of death and Charles Williams could not co-exist in Lewis’s mind.

And so it should be at the death of any Christian. Explaining the consequences of Christ’s resurrection, St. Athanasius once wrote,

“All the disciples of Christ despise death; they take the offensive against it and, instead of fearing it, by the sign of the cross and by faith in Christ trample on it as something dead…So has death been conquered and branded for what it is by the Savior on the cross.”

And because Christ is the firstfruits of the resurrection—the first of many to rise from the dead—Death has lost its eternal sting. Now Christians refer to death as the First Resurrection, since to be absent from the body is to be present with the Lord, “so that what is mortal may be swallowed up by life” (2 Cor. 5:4).  Athanasius points to fearlessness of the martyrs in the face of death as certain proof of Christ’s resurrection. What else could cause such confidence before charging lions, burning stakes, and boiling oil? George Herbert describes death as a reluctant servant of Christ, a begrudging coachman conveying saints from their deathbeds into the presence of their King. 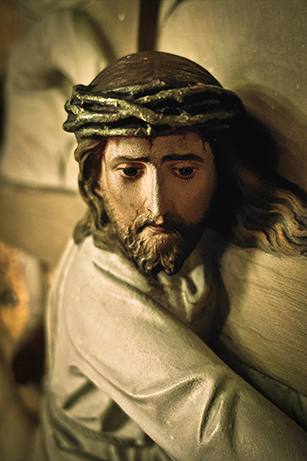 Death does still bite. We still wail and weep when Death takes loved ones. We pound our thighs and shake our fists at the pain of such a fallen world. But to mourn thus is simply to imitate what Jesus did at the tomb of Lazarus, just before he raised his friend to life. Death may tear at us, but its damage is only temporary.

For not only do we willingly follow Christ into death with our faces held knowingly toward the heavens, but we also have learned how to suffer. We know that the Cross comes before the Crown. We know that we will face the slings and arrows of this outrageous world, suffering injustice and longing for peace. But as we suffer our own persecutions and enter into the oppressions of others, we simply imitate our Savior. And we know how the story goes: before Glory comes Golgotha, before the new wine comes vinegar and gall, before Easter morning comes Gethsemene’s dark night. Before we can leave the tomb, we must enter it.

Though we must still suffer, we suffer in hope, knowing we follow our Captain so that we can become like Him. Like Christ, we also hasten to our crosses with stout hearts, eager to do battle with the sin in the world and in our own hearts. We look death and suffering straight in the eyes and scorn them for their impotent weakness.

And what if Death kills us? What if we suffer to the shedding of blood? What if? As Hopkins put it, “In a flash, at a trumpet crash,/I am all at once what Christ is, since he was what I am.”  Like Christ, if we die we only become stronger.

After all—the last time Death did its worst, Christ saved the whole world.