Share Tweet Buffer Print Email
Editor’s Note:  This post is an excerpt from my ebook Fairy Tales and the Moral Imagination. In this ebook I explain how fairy tales awaken wonder and love in their readers.  They give us eyes to see the latent beauty in what has become old and familiar.  Fairy tales quicken us and ennoble us to lives better lives in our workaday world.

You can get a FREE copy when you subscribe to my newsletter.  Enjoy!

Talk about the importance of fairy-tales to anyone in our modern world, and you are almost certain to hear your arguments rebutted with the charge of escapism:  encouraging young people to read fairy-tales is encouraging them to disengage with the world, to ignore its problems by fleeing to some alternate reality. 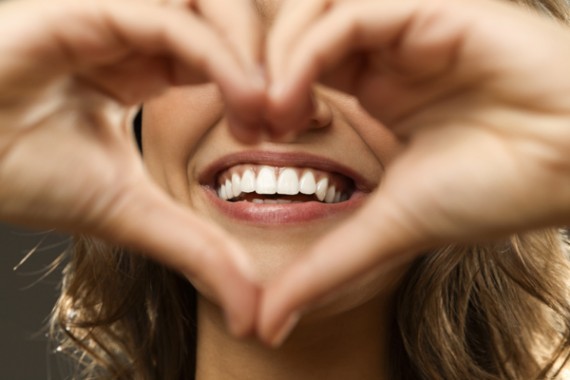 Escapism is a refusal to obey God’s commands to rule the earth and subdue it; escapism is to love shadows more than substance, symbols more than significance, to love the art and scorn the reality.  But the way we can strengthen our student’s resistance to escapism is not by keeping them from fairy-tales, but by giving them piles of fairy-tales to read–and piles of poetry, novels, plays, and every other type of imaginative literature.  Let me explain.

The Myth of Modernism

Modernism, the reigning vision of the world for the last three centuries has been one of reductive materialism, a purely rational assertion that everything around us, including ourselves, consists of nothing but atoms pinging off each other.  There is nothing transcendent or supernatural, and therefore there is no ultimate meaning or purpose in the world.  Humans have no ultimate calling, but must create their own reason for being.  Anything the ancients believed to be ennobling–virtue, reason, art, freedom of will, artistic talent–simply result from genes expressing themselves variously.

In an attempt to classify and order the world solely through human reason, Modernism flattened the many-splendored world into a deterministic machine driven by the irrefutable cogs of genetics and chemical reactions.  Modernism dismissed as irrelevant and unreliable much that makes us human, and unfortunately the Church has bought in to much of the modern reductionism.

The problem with modernism is not its complete dependence on genetics and chemistry (which are true, good, and beautiful and an important part of God’s primary creation).  The problem is with the story that modernism tells of the world.  Modernism’s story is that mankind is not a sub-creator, not the steward of creation, not even an organism–he is merely a set of mechanistic responses to his environment.

One of unifying themes in Tolkien’s and Lewis’s writing is their militant stand against modern reductionism.  They believed that their task as writers was to craft new myths for a modern world, new paradigmatic stories that embodied an older, more human vision of the world.  These new myths were aimed at the imagination of their readers, for Lewis and Tolkien knew that by stirring the imagination, wonder and love are awakened.  And once the beauty-hungering heart awoke, it would melt the frozen mind and will.

For Lewis and Tolkien, and for many thinkers after them, the antidote to modernism is through imaginative literature–especially myth and fairy-tale.  By reengaging the imagination and integrating it once again with reason, fairy-tales create a harmony of human faculties in their readers; they are keys to the dungeon of the Giant Modernism.  For this reason Tolkien sang poetic praise of those who wrote such stories:

Blessed are the legend-makers with their rhyme
of things not found within recorded time…
They have seen Death and ultimate defeat,
and yet they would not in despair retreat,
but oft to victory have turned the lyre
and kindled hearts with legendary fire,
illuminating Now and dark Hath-been
with light of suns as yet by no man seen.

And so, far from escaping from the primary world, fairy-tales allow us to escape from the modern myth of the world.  Fairy tales proclaim that the world is full of love, wonder, and beauty, that there is mystery and divinity, that humans are capable of ennobling acts of sacrifice and courage, of wisdom and grace.  Fairy tales tell us that all the world is a gift.  Writing about this very topic, C. S. Lewis said that The Wind in the Willows seems the grossest kind of escapism:  the characters are as carefree as children but as free to order their lives as adults.  But instead of sending us back to our ordinary lives discontented, we find that this story has given us a great desire to enjoy the simplest pleasures of life:  “food, sleep, exercise, friendship, the face of nature, even (in a sense) religion…And in the same way the whole story, paradoxically enough, strengthens our relish for real life.  This excursion into the preposterous sends us back with renewed pleasure into the actual.”

Fairy-tales do indeed encourage escaping, but it is an escape from the dirt and grit of a parking lot to the cool air of a mountain meadow, from a hovel to a castle, from mud-puddles to a holiday at the beach.  God has given us a world that is far bigger than we are, full of mystery and beauty. Let us give thanks.

Share Tweet Buffer Print Email
Categories: Enchanted World, Ordinary Life, Reading Life
Disclosure of Material Connection: Some of the links in the post above are “affiliate links.” This means if you click on the link and purchase the item, I will receive an affiliate commission. Regardless, I only recommend products or services I use personally and believe will add value to my readers. I am disclosing this in accordance with the Federal Trade Commission’s 16 CFR, Part 255: “Guides Concerning the Use of Endorsements and Testimonials in Advertising.”