In our first discussion of Richard Wilbur’s poem “Epistemology,” we considered how Wilbur rejects Samuel Johnson’s common sense approach to the material world.

As we shall see in this post, by critiquing common sense Wilbur is not advocating skepticism. Rather, I take Wilbur to be suggesting that both common sense and skepticism fail to recognize something vital about this world. Before we get to that we need to look at skepticism.

If our common sense understanding of the world comes up short, if we are humbled by the lowly stone, to what degree do we come up short? If we trip over the lowly stone, how far do we fall in our humiliation? Can we know anything about the world? Is Wilbur suggesting that we are in a state of inveterate skepticism? 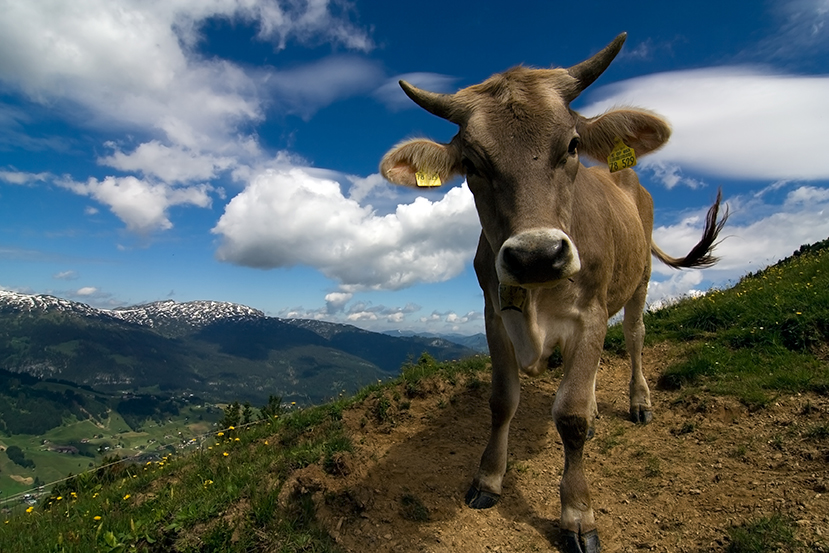 Not at all. In fact, Wilbur critiques any kind of skepticism, any kind of denial about a material world outside our minds. There are stones upon which we stub our toes, there is an external reality which we bump up against. Wilbur’s rejection of skepticism can be seen in the second couplet of Epistemology:

We milk the cow of the world, and as we do
We whisper in her ear, “You are not true.”

Skepticism has a long, infamous place in western philosophy, going back to Socratic and pre-socratic times.  But the majority of western philosophers have pointed out an inherent problem with skepticism. As mystifying as the world is and as difficult as it may be to know this world, skepticism is a seriously deficient philosophical position, because it is logically incoherent.

When a skeptic states that nothing can be known, this is both a self-defeating proposition (they know this, after all), as well as a self-defeating epistemological position.  For if the skeptic gives reasons for the truth of his skepticism, he is claiming all kinds of reasons and propositions that he knows to be true, which lead him to believe that nothing can be known to be true.

While it is true that skepticism is logically incoherent, I think Wilbur is saying something more: skepticism is a kind of performative contradiction. There is a story, probably apocryphal, about the ancient skeptic Pyrrho. It is reported that he so distrusted his senses that he would have fallen off cliffs or been run over by carts or savaged by dogs had not his friends closely followed him around.

But of course, none of us are this incredulous about our senses. Even if they fail us from time to time, we live our lives trusting that our senses reliably tell us how the world truly is.

In the second couplet Wilbur seems to be making this exact point from a different angle.  He says that the skeptic adjudicates his way in the world successfully: he survives, lives, thrives, enjoys and even marvels at the world.  He milks it for all it’s worth, yet still persists in denying its reality. The skeptic successfully milks the cow of the world, then whispers in her bovine ear, “You really don’t exist, you know.”

The ultimate problem with skepticism, is that it can’t be lived.The skeptic claims that skepticism is true but lives as if it is false.

Yet if we were to stop here in our interpretation of Wilbur’s poem, I think we would be left with a slightly facile understanding of Wilbur’s gist.  Thom, in one of the comments on my first post, suggested that Wilbur is critiquing both Johnson and Berkeley for ingratitude.  This seems to me to be right.  But I want to get at what drives this ingratitude.

What do you think are the problems with skepticism, if any?  What should be our response to skepticism?